Starkville Mayor Parker Wiseman, Oktibbeha County Supervisor Marvell Howard, Mississippi Senator Gary Jackson, Lindsey Wiseman and Rev. Joseph Stone will be  the guest speakers at Starkville’s Observance of the 2016 National Day of Prayer. This year’s event will be at noon May 5 (This THURSDAY) at the Starkville Sportsplex Activities Room. Vicki Burnett of FBC Starkville will share special music for the event.  Come join us for a time to prayer for our community, our state and our nation. Pepper and I hope to see you there! 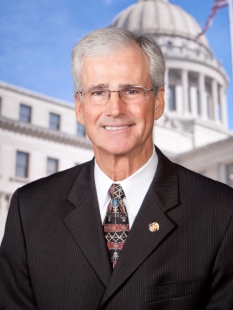 The speakers for Starkville’s Observance of the National Day of Prayer were FANTASTIC! THANK YOU to Starkville Mayor Parker Wiseman, Rev. Giles Lindley of Starkville’s First United Methodist Church, Dr. Paul Miller of East Mississippi Community College – Mayhew Campus, Dr. Joyce Yates, Senator Gary Jackson and Marvell Howard of the Oktibbeha County Board of Supervisors. SPECIAL THANKS to The University Florist and Vicki Leach for their help with the goody bags this year! And thank you to all those who made it a point to stop by and pray for our community, the state of Mississippi and our nation! We were so honored that you were there to join us!

A story about Starkville’s Observance of The National Day of Prayer is featured in the May 8, 2015 edition of The Starkville Daily News at http://starkvilledailynews.com/node/20648 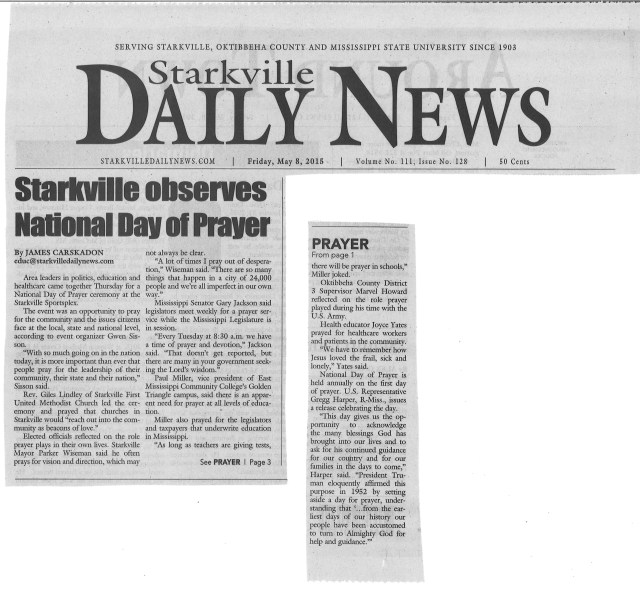 Mississippi Senator Gary Jackson will  serve as one of eight speakers at Starkville’s observance of the National Day of Prayer.

The event is set for noon May 1 at the Starkville Sportsplex. The public is invited to attend.

Jackson will speak on the importance of prayer for businesses on a local, state and national level.

For more information about The National Day of Prayer, go to www.nationaldayofprayer.org