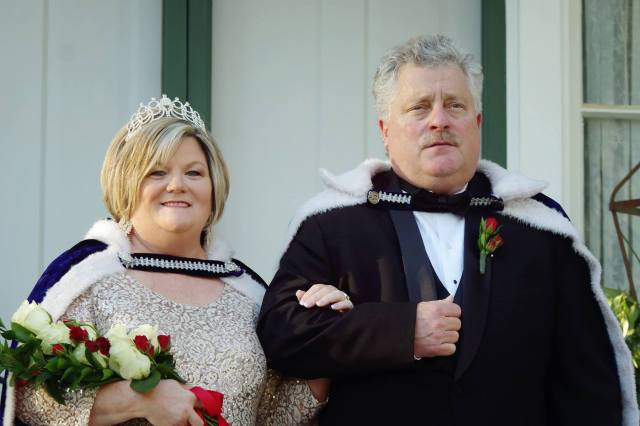 Members of the Junior Auxiliary of Winona agree that Jerry and Becky Flowers are both “servants to the community and continue to support the youth in our area.”

That is why the Flowers were named the 2017 Charity Ball King and Queen for the Junior Auxiliary of Winona in April.

“Becky and Jerry Flowers were a perfect choice for this year’s King and Queen,” said Tina Garrett, 2016-17 president of the Junior Auxiliary of Winona. “Both Becky and Jerry are very active in supporting the youth of this community. The Junior Auxiliary of Winona would like to thank Jerry and Becky Flowers for serving as this year’s Charity Ball King and Queen. We would also like to thank them for all they have done and do for the children in our community.” 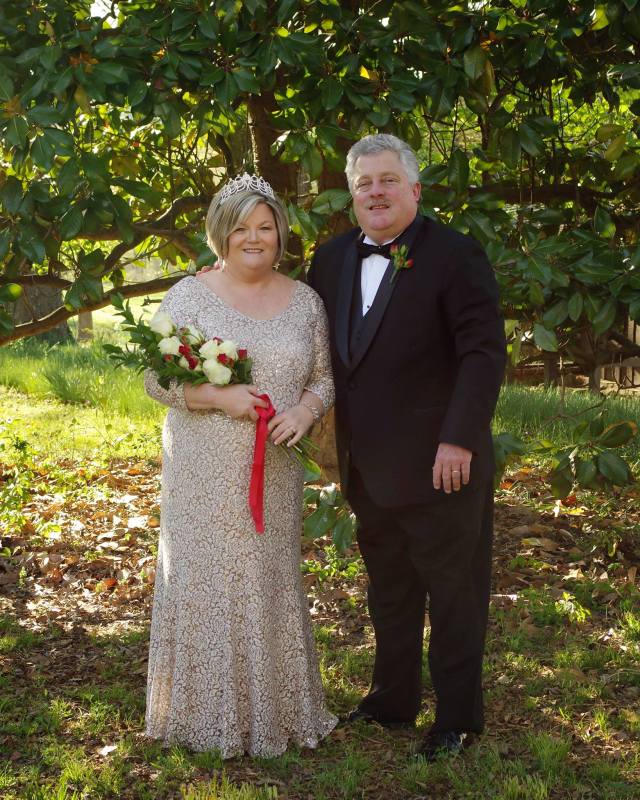 “My wife, Becky, and I were so honored to be asked to be king and queen by the Junior Auxiliary,” said Winona Mayor Jerry Flowers. “The both of us have always tried to be an asset to the community by working with the kids through summer baseball and softball, by Becky being president at one time of the Winona Business Association and with the both of us helping with the 4th of July celebration, and all other activities by the community. The Winona Junior Auxiliary are a very hard-working group of young ladies that give a lot of their time with Charity Ball, Angel Tree, etc. Becky and I are very proud to be a part of a community that gives so much back to the less fortunate.”

Becky has been married to Jerry Flowers of Winona since 1988. They have three children: Rachel Watkins, wife of Will Watkins, Butler Flowers, and Lexie Flowers. They also have two grandchildren: Dayton and Randy Caroline Watkins. 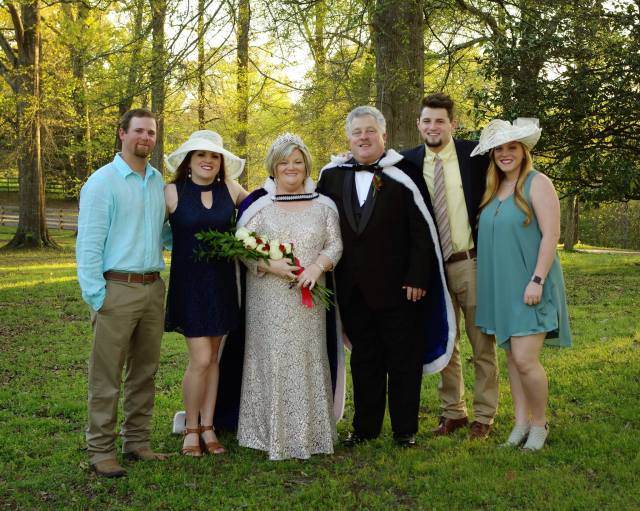 She is the daughter of the late Rhodom and Jean Butler of Shuqualak. She is a member of Moore Memorial United Methodist Church where she is a member of the Open Door Sunday School Class and serves on the Acolyte committee. She has served on the Youth committee, and served as a volunteer for Bible school and preschool Sunday school. She is a past district secretary of the United Methodist Women.

Becky Flowers graduated from Central Academy and has a degree in Banking and Finance from Mississippi State University. While at MSU, she was a member of Kappa Delta Sorority and a Kappa Alpha Fraternity little sister. She has served as President of the Winona Business Association, Chairman of the Crossroads Festival, secretary of the Winona Athletic Booster Club, and a volunteer to Rise Up to Hunger. She is Chairman of the Republican Executive Committee, and she is currently employed at Flowers Accounting as a bookkeeping assistant.

Jerry Flowers, the 2017 Charity Ball King, is the current mayor of Winona. He is the son of the late Billy and Mary Ann (Randy) Flowers of Winona. Jerry graduated from Winona High School. He has a bachelors of science degree in Forrest Resources from Mississippi State University. While at MSU, he was a member of Sigma Alpha Epsilon Fraternity. He later graduated from Mississippi College with a degree in Accounting.

Jerry is a member of the Open Door Sunday school class at Moore Memorial United Methodist Church where he also serves on the Finance committee and is a past Chairman of the Pastor Parish committee. Jerry has also served as President of the Winona Athletic Booster Club and Secretary/Treasurer of the Winona Rotary Club and the Winona Country Club.

He was elected to serve as Alderman from 1993—2007. He is also self-employed as an accountant at Flowers Accounting Service.

Editor’s Note: Becky and Jerry were named Charity Ball King and Queen of the 2017 JA Charity Ball in April 2017.