For 36 years, area residents have made a trip to Kilmichael at some point during the holiday season to see the Square, and they have not been disappointed.

Carrie Welch has been volunteering with Christmas on the Square in Kilmichael for the past 13 years, and in recent years, she has become the director of the project.

Carrie Welch and her daughter, Lily.

“I love the sign in book,” Welch said. “I really believe that is my favorite part. I love seeing all of the different names and hometowns of the visitors who stop by. I love reading the messages they leave. It makes it all worthwhile.”

While there are decorations throughout the area of downtown Kilmichael, the square itself is decorated to tell the story of the birth of Jesus.

“There are not many places you can do that anymore,” Welch said. “And I think that is so special here in Kilmichael.”

Storyboards depicting the angel visiting Mary and the trip on a donkey to Bethlehem, wooden cut-outs of the angel visiting the shepherds and the wise men on camels, and 3-D figures of Mary and Joseph in the stable are part of the story and the creativity on display in the Kilmichael Square.

Just up the street, visitors can see Santa and his elves hard at work at the beauty shop and across the street, the Minions and a few snowmen are located at the former filling station building. And new arches near the railroad tracks highlight some of the Disney characters and the Peanuts gang celebrating Christmas.

“We do not have a theme really anymore,” Welch said. “When you set a theme, you have to stay with in it and that leaves a lot of decorations out that we can use because it doesn’t fit into the theme, so we decided a few years ago to just call it Christmas on the Square.”

While there has always been a lot of support for the project within the community, as far as donations, there are only a handful of volunteers who actually do the physical labor of the project.

Kara Lollar and Laurie Rawles are two of the main cutting and painting and setting up volunteers for the Christmas on the Square project. Welch’s husband, Robbie Welch was home this year and able to put his carpentry skills to work on the square. Welch said they have several other friends and family that help as much as they can. And while the planning process takes weeks, the actual set up of the square, the lights on the buildings and the decorations in other downtown areas takes a little over a week.

“Personally, I do this because it has been a tradition here since I was a little girl and the thought of not having it broke my heart,” Welch said. “And to see what joy it brings to other people, not just young but old as well, is worth it.” 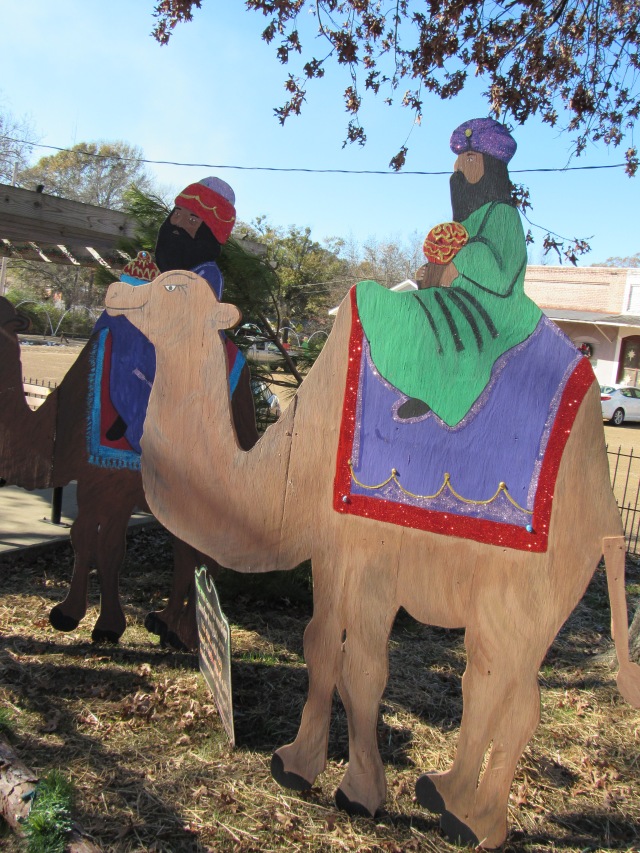 Laurie Rawles has been helping decorate the Square for about eight years and she said getting ready to light the square is a lot of work.

“It takes lots of time and effort,” Rawles said. “But in the end when you get to see everyone’s face light up, it is so worth it. I look forward to doing it each year. It has become a tradition for me and my family.”

Kara Lollar said she loved this project because she loves her hometown.

Kilmichael is my home town and there aren’t many places in the world like our little town,” Lollar said. “It’s a labor of love for sure!”

“The square and surrounding is outstanding,” said Kilmichael Mayor Bobby Howell. “I think maybe the best ever. The total layout, the art work and painting of characters is just outstanding. I cannot begin to thank the many volunteers for the countless hours given to this 36th annual Christmas project. Their love for our community is so appreciated. I especially thank Carrie Welch for her leadership in getting this completed.”

Howell said the volunteers for this project truly exemplify the motto of Kilmichael — “the town that cares.”

“Add a present to your Christmas by coming to see Christmas on the Square in Kilmichael,” Howell said. 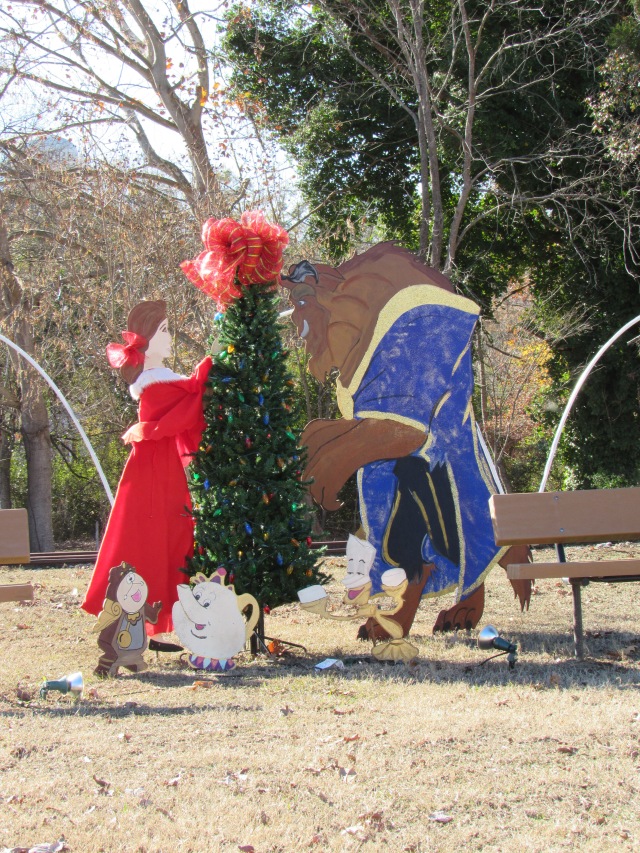 Christmas on the Square in Kilmichael will be open through the New Year’s celebrations.

See this story in the December 15, 2016 edition of The Winona Times.