When she was little, her uncle, Nathan Prewitt, would doddle with her on church bulletins to keep her quiet and occupied during church services.

Melissa Henry always loved to draw and has a card box full of tiny drawings she has kept over the years as the basis for her models. Many of those doodles on church bulletins have turned into scale models of the buildings she loves.

“Melissa has a great attention to detail and a great ability to see things as a three-dimensional shape,” Nathan Prewitt said. “Maybe most artists have that ability, but most ordinary people do not.”

Her grandmother, China Ray Prewitt, said Melissa has “amazed us so much.” 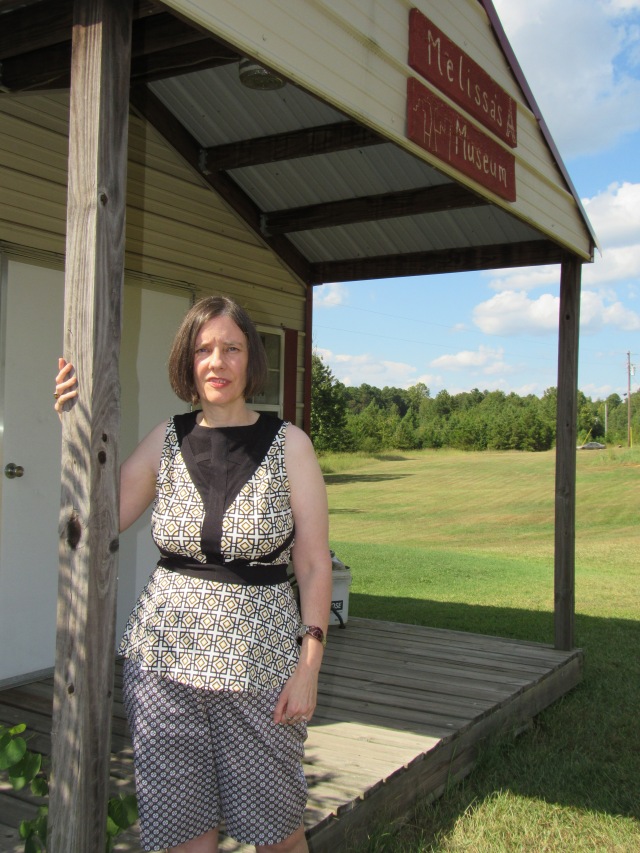 China Ray recalls early on, Melissa drawing light lines to scale, and like you would see it from the road, not just as a child would draw.

“It is a gift the good Lord has given her,” Prewitt said.

Melissa has born deaf, and despite high marks for intelligence and numerous efforts of speech therapists in her school years, she only speaks four or five words. She has had no formal art training and no one who has shown her how to design and create her artwork. She began building models Grandfather clocks while attending the Mississippi School for the Deaf during her early elementary and middle school years, and her collection of artwork is constantly expanding.

Her grandmother says Melissa will become intrigued with a building and with a little study, will create scale models from thin cardboard and tape. Some of her work can be recognized as some of the most iconic buildings and structures in the world, while others are houses or churches she finds interesting. Some of her creations will be so large they take up a whole corner of a room, while others can fit in the palm of your hand.

Over the years, generous family members have taken Melissa on trips and vacations with them to show her some of her creations in person that she has spent so much time reading and studying. On one trip to the Golden Gate Bridge in San Francisco, Calif., Melissa wasn’t content to just look at the structure from a distance. She walked the length of the bridge and back to see it from all angles. 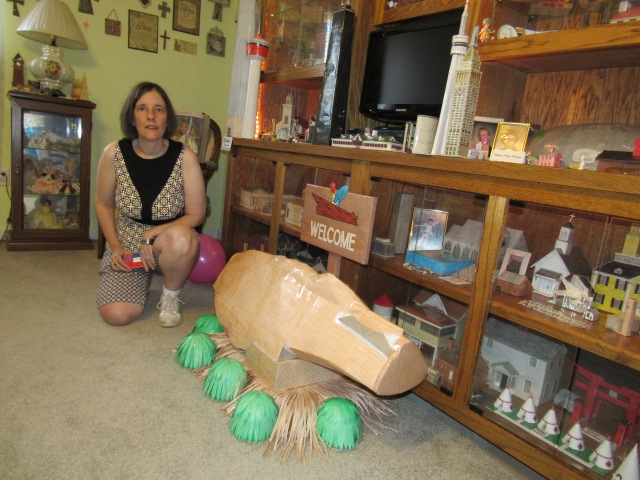 On another trip, Melissa had just completed a model of the Biltmore Estate and after a trip to see it in person, she disassembled her model and re-made it to fit what she remembered of it in her mind, as opposed to just seeing photographs.

China Ray said Melissa can take six to eight weeks to complete a project while working six to eight hours a day. Melissa may be watching a football game on television (her grandmother said she believes Melissa likes the action of a game) and be steadily cutting thin cardboard squares that will be used on her current project.

“We don’t ever mess with them,” China Ray said. “There can be several thousand pieces that she has organized and knows exactly what she wants to do with them. They are very important to her.”

Once she has a basic structure in place, she will use the small pieces of cardboard to make the exterior design that will be painted and drawn upon to create the effect she wants.

Since her collection of models is continually growing, the family has created “Melissa’s Museum,” a small building outside of their home in Eupora to house some of her creations. While her work is not actively marketed, her grandmother will sell some of her artwork on occasion, with all proceeds going to a trust fund to take care of Melissa’s future needs.