“Montgomery County’s Folk-Life Play” is not your typical community theatre, it is “theatre genealogy” — telling true stories of ordinary people from a small community.

Through this project, Southern culture, traditions and local history are researched, documented and introduced to future generations. At its foundation, Hill Fire works to preserve the oral accounts of Southern customs by those who still remember.

“Since my roots are deep in Montgomery County, I love the stories about the people and their families of the area,” said Sue Stidham, director of the Winona Chamber of Commerce and long-time Montgomery County resident. “I certainly think that it is always an event that brings visitors to our area as well as bringing out our home folks. It also keeps the history of our County fresh in the minds of our younger generations.”

Hill Fire volunteer Kayla Amason said her favorite thing about the program is the historical aspect.

“Most people would never know about stories like Brother Wade saving a man from a well or Judge Boatman and his croaker sack of we didn’t tell them about them,” Amason said. “It’s always important to know where you come from. Hill Fire also gives opportunities to those who may not have had the chance to perform, an outlet where thy can be creative, make connections in the community, meet and make friends with new people and discover the hidden talents most of them didn’t know they had.” 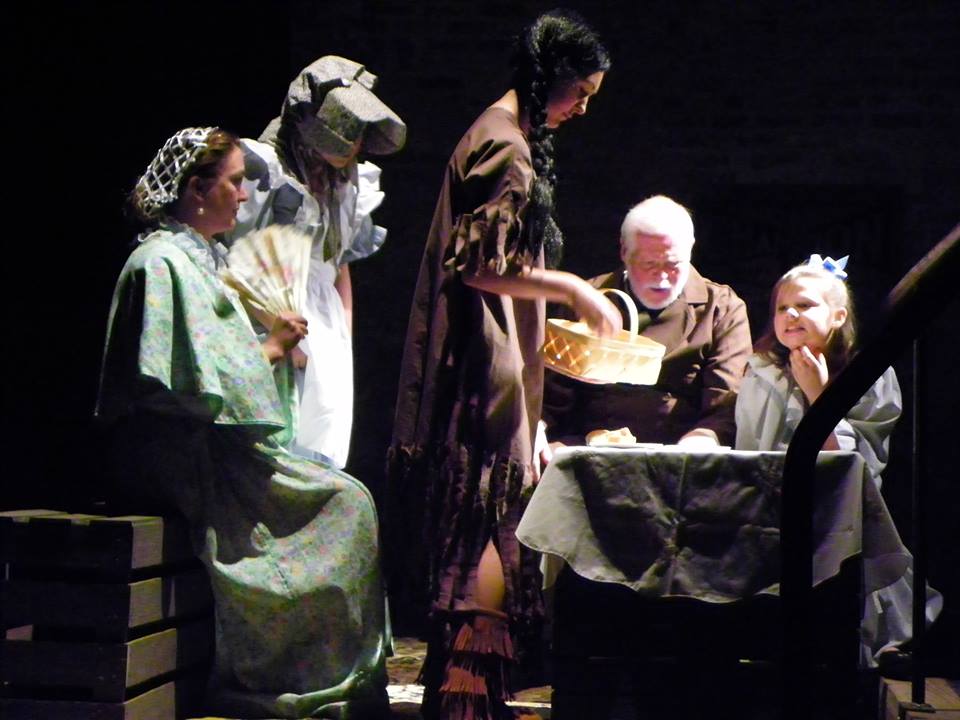 Paula McCaulla, executive director and the founder of Hill Fire, said this program can revitalize the community economically and culturally.

“It honors the cultural traditions and diversity of all and preserves the historical and cultural traditions of our area,” McCaulla said. “Hill Fire opens lines of communication between all the citizens of the Winona/Montgomery County area and it could bring us all together with a sense of pride and accomplishment that would be unsurpassed.”

Hill Fire began in 2001 when McCaulla moved back to Winona to live in the home she grew up in on Union Street. She had retired from Shelby County Schools in Barlett, Tenn., where she was very active in community theatre.

Just before moving back to her hometown, her friend David Gibson of Nashville and a Winona native, sent a letter and a tape about a musical production in Colquitt, Ga. called “Swamp Gravy.”

“I knew I had found the perfect project for Winona,” McCaulla said.

Swamp Gravy began in 1991 and has been tremendously successful. The production is always called “Swamp Gravy” but the theme and stories are different each year. At the end of each production, cast members gather and someone will start singing “Amazing Grace” very softly. One by one, they all join in as they hold lighted candles. Then a cast member will raise his candle and say the name of a person who has passed away and say “I remember you.”

“David said that he knew I would love it because it tells true stories of ordinary people from a small community,” McCaulla said. “It’s ‘theatre genealogy,’ as David called it. And, he felt that some town in Mississippi should start a production like this one.” 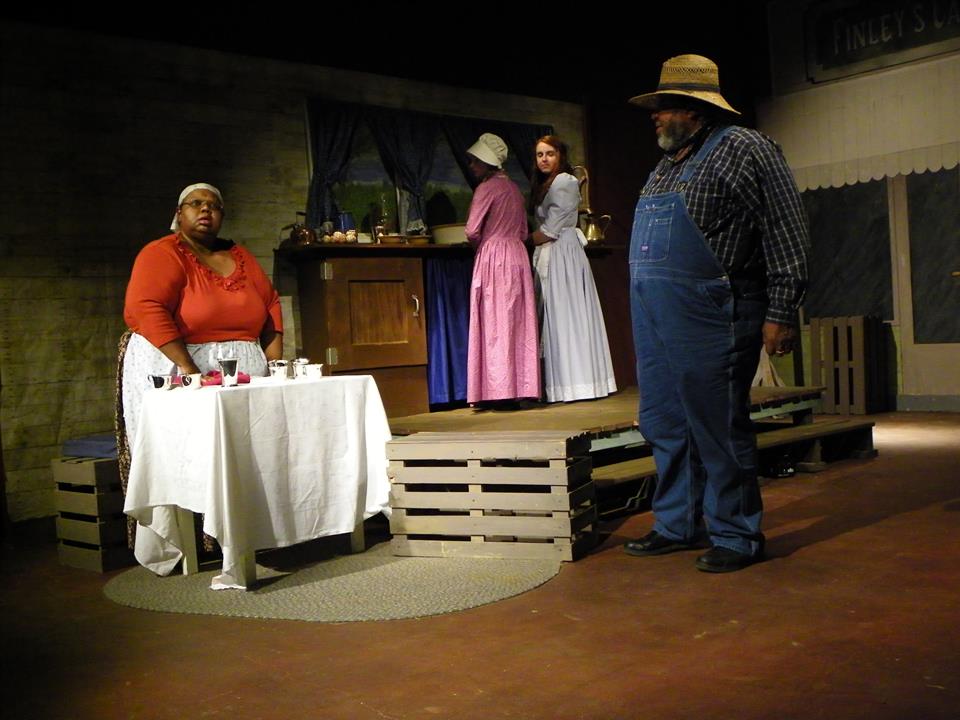 Volunteers have spent countless hours, not only working on sets, writing songs and rehearsing, but making repairs and remodeling.

As “Montgomery County’s Folk Life Play,” they hope to continue to encourage local participation while reaching out to provide opportunities in surrounding counties, and become a major tourist attraction within the state.

Hill Fire is funded in part by the Mississippi Arts Commission and the National Endowment for the Arts.

See this story in the April 9, 2015 edition of The Winona Times at 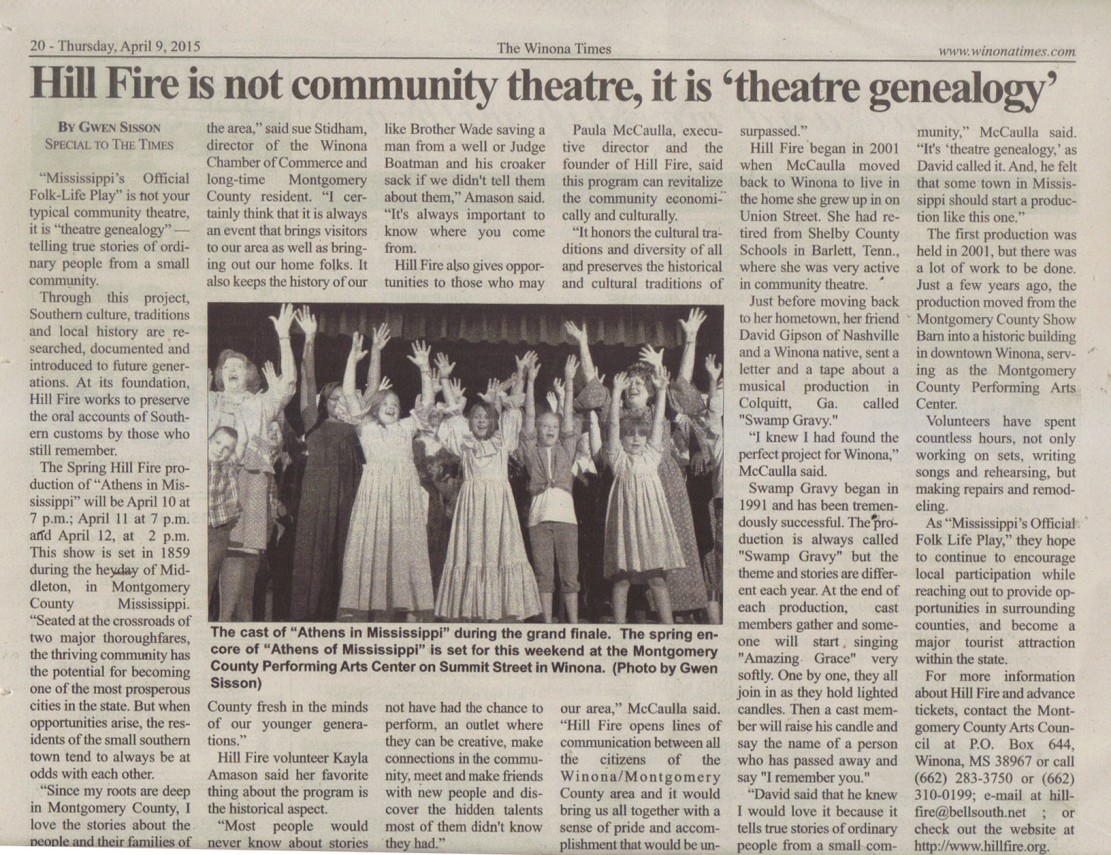