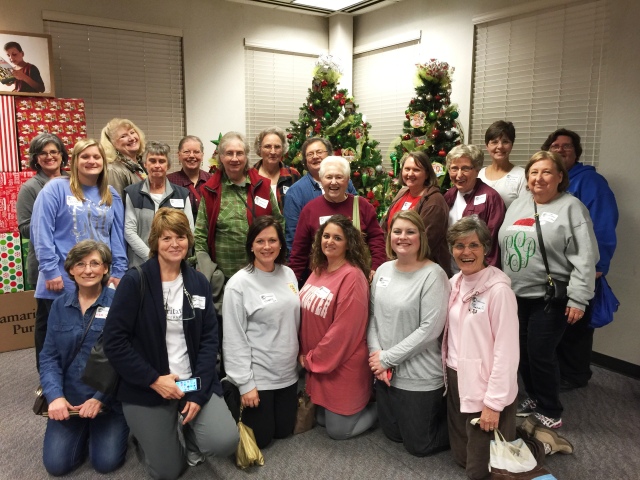 Whether this was the 11th trip or the first, the Operation Christmas Child volunteers who helped last week at the OCC Distribution Center in Atlanta, Ga. will never be the same.

About 23 volunteers from eight churches throughout Webster County worked three days at the OCC Distribution Center, where they helped pack about 100,000.

Reba Thompson of First Baptist Church of Eupora, who attended for the first time this year, said “if you ever volunteer in Atlanta, you will definitely want to go back to help.”

“Everyone was having fun, working diligently, laughing, and praying,” Thompson said. “I can just picture the eyes of these recipients as they open their box. So much thought and love and care is packed into each gift!! Now it’s Christmas!!!” 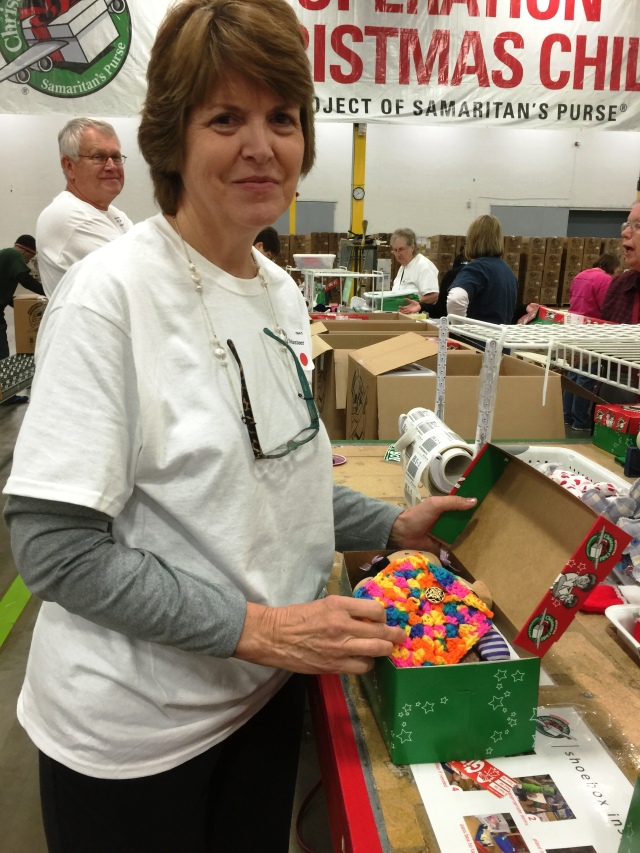 Gerry Hood of FBC Eupora found one of her “creations” in a shoebox that was processed in Atlanta.

Gerry Hood of First Baptist Church of Eupora made her second trip to Atlanta this year.

“It’s an awesome feeling that so many children will hear about Christ through these shoeboxes,” Hood said.

On Monday, Dec. 1, the local volunteers worked from 4-9 p.m. and helped pack/process 59,000 shoeboxes destined for children in the country of Chad.

On Tuesday, the local volunteers helped pack/process 72,000 shoeboxes going to an undisclosed location. Thompson said on that day, the exterior of the boxes could not have anything that displayed Operation Christmas Child logos or other OCC information. Plain shoeboxes wrapped in Christmas paper or plastic shoeboxes were the only ones allowed to be shipped on that day, and they could not use their usual OCC packing tape to secure the boxes, only clear tape.

The group was back to business as usual on Wednesday, when they worked from 9 a.m. until noon to help pack/process 24,000 shoeboxes that were shipped to West Sudan.

Thompson said at the time of their departure, 501,214 shoeboxes had been shipped from the Atlanta, Ga. Distribution Center this holiday season. 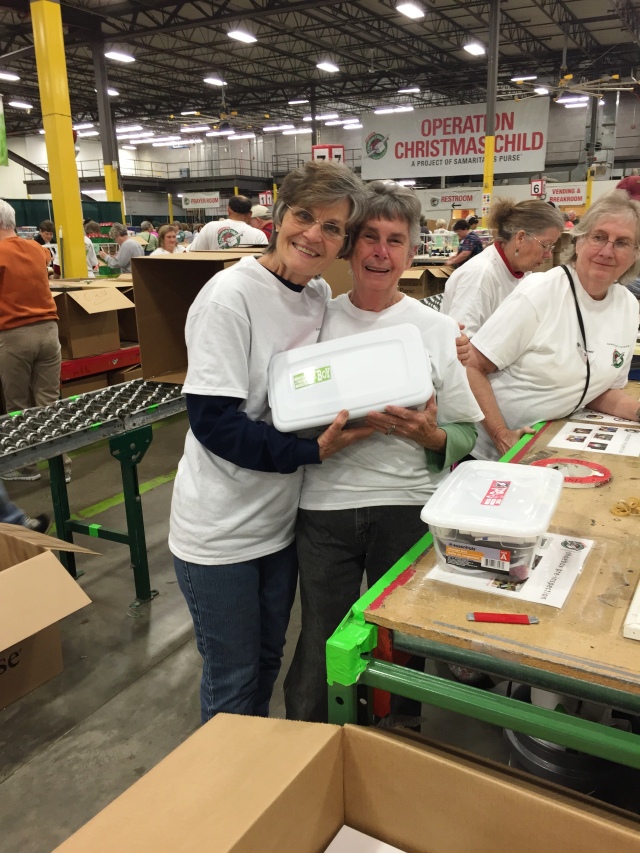 On the very first day, the group had an unusual experience.

“I’ve had the opportunity to go to Atlanta for the last 11 years, but this year was the first time I saw some of the boxes I had personally put in shipping boxes,” said Betty Greene of Mantee Baptist Church. “What a blessing to know that some child would receive my packed box and be filled with joy, and may even receive Jesus, the greatest gift of all, because of my simple gift.”

Everyone agreed that they were doubly impacted by this year’s trip. They said packing and processing the Webster County shoeboxes truly brought the meaning of ministry “home” in a special way.

“I am so thankful to be a part of the Operation Christmas Child Processing Center volunteers in Atlanta,” said Johnnie Oswald of Lollar’s Grove Baptist Church. “It is amazing to hear the stories of those touched by this ministry and have come to know Christ through this ministry.” 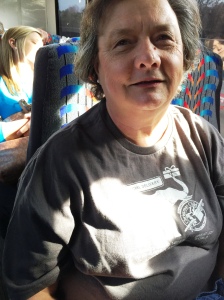 This group also took the bears created by the Bear Ministry at Lollar’s Grove Baptist Church to help complete shoeboxes that may not have enough goodies.

“It is a blessing to be a part of the shoebox ministry,” said Ann Stone of Mantee Baptist Church. “Knowing what a difference a shoebox gift can make humbles me, and to be part of this is more humbling. My favorite thing, though, is seeing the excitement of those going to Atlanta for the first time. It excites me to see their reactions.”

Linda Stidham of First Baptist Church of Mathiston made her first trip to the Atlanta Processing Center this year.
“This was my first trip to process OCC boxes and I loved it,” Stidham said. “I will go back next year.”

“This was my first year to go to Atlanta to work with the shoeboxes,” said Kimberly Flora of First Baptist Church of Mathiston. “It was truly a blessing to be a part of such a wonderful ministry and I will definitely be back!”

Rhonda Smith of Mantee Baptist Church said her favorite part of the trip to Atlanta was “hearing how a ‘simple gift’ has changed a life or met a need.” 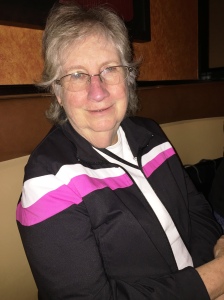 Every hour, the group took a 10 minute break to pray over the boxes they have been processing and to hear testimonies from young adults who received shoeboxes as a child.

Members of the group said that was such a special part of their experience at the OCC Distribution Center, but it also gave them a little break from the work.

“When I’m packing a box and thinking about the children getting the box, I feel God is leading me with the add ins that will bless each one,” said Willie Williamson of Cumberland Baptist Church. “Their stories reveal how God knows what each child needs.”

“I feel very honored and humbled to have been able to participate in the processing of the OCC boxes,” said Willette Stidham of First Baptist Church of Mathiston. “Listening to testimonies from those who received a box as a child, and how it changes their life, make all the hard work worth it.”

“I like the hard work,” said Anne Earnest of FBC Mathiston. “You could not believe how much so many people can produce! I have not missed a year since Mathiston First Baptist started going. I pray that many will be brought to Christ because of our trip.” 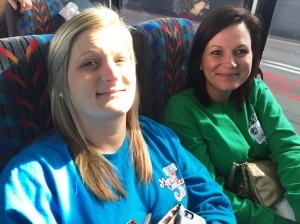 Lana Reed and Kimberly Flora, both of FBC Mathiston.

Earnest said she loves everything about the trip, from the bus ride with “new and old friends” to the annual “Steak Night at the Longhorn Steakhouse” Tuesday night dinner adventure. She shared a hotel room with Willene Hollis and Faye Dewberry and “had an absolute blast!”

Lana Reed of FBC Mathiston said she also had a wonderful time in Atlanta working with Operation Christmas Child.

“It was such a blessing to see all the shoeboxes that will be delivered to children all over the country,” Reed said. “My prayer is that a child will come to know the Lord through a simple shoebox.” 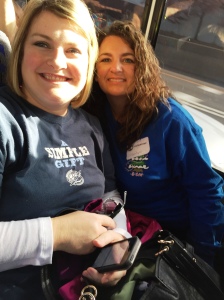 Kelley Chandler and Marilynn Brown, both of FBC Mathiston.

Marilynn Brown and Kelley Chandler have both volunteered in Atlanta for the past three years.

“There is no greater joy than helping to pack (and process) a Christmas gift for a child.” Chandler said. “(The mission trip to Atlanta) is a wonderful time of work, fellowship and fun. We are looking forward to next year.” 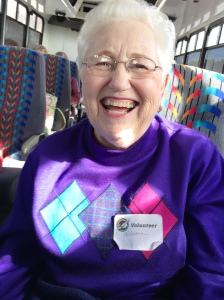 Willene Hollis of Mantee Baptist Church said the trip was a blessing because everyone was working toward a common goal.

“I met a lot of wonderful, nice people from different states,” Hollis said. “Everyone worked well together because of one goal: (We were there) to glorify Jesus.”

For more information about Operation Christmas Child, go to http://www.samaritanspurse.org/what-we-do/operation-christmas-child/.

To learn more about attending the mission trip to the OCC Distribution Center in Atlanta with the local group next year, contact First Baptist Church of Mathiston at (662) 263-5323.

See this story in the December 10, 2014 edition of The Webster Progress Times at http://websterprogresstimes.com/2014/12/11/county-residents-help-at-occ-center-in-atlanta/

This story was re-printed in the December 17, 2014 edition of The Webster Progress Times at http://websterprogresstimes.com/2014/12/18/webster-county-residents-help-at-occ-center-in-atlanta/