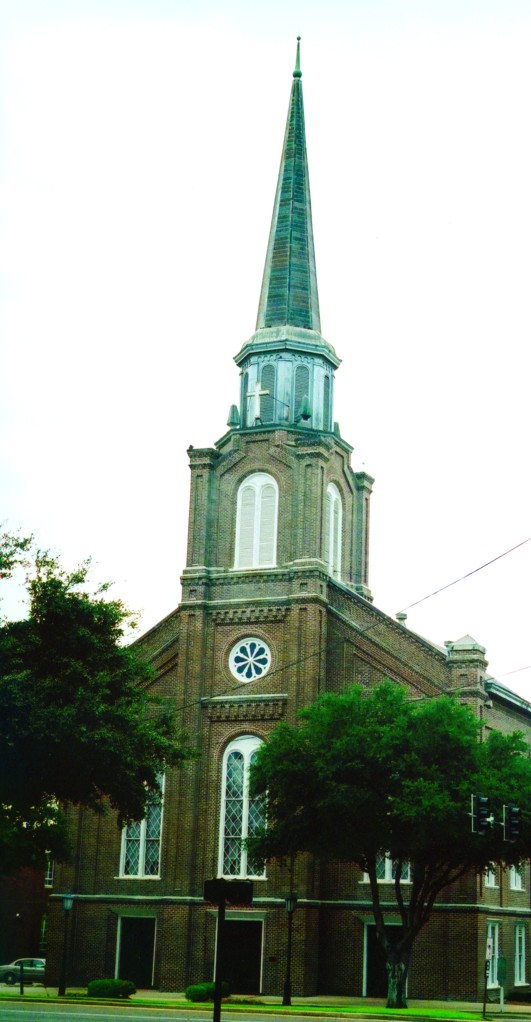 EDITOR’S NOTE: This story and photos originally ran in the HISTORY OF FAITH column in the November 2006 edition of North Mississippi Christian Family. I love the photos and wanted to share again…

They started out at the historic Franklin Academy in 1823 and First United Methodist Church of Columbus has been making a positive impact for Christ on the city of Columbus throughout the years. Columbus FUMC is on record as the oldest church organization in Columbus and they hope to continue that tradition of faith for many years in the future.

The exterior of the current building exhibits an imposing facade of old handmade brick with a towering spire. The building, located at 602 Main Street in Columbus, is considered a local landmark. 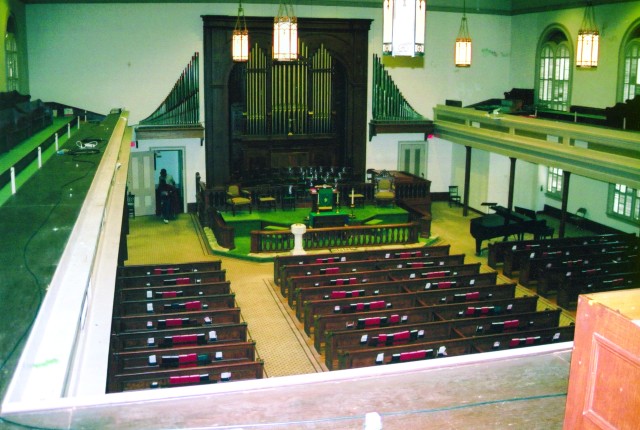 First UMC has owned three church buildings throughout their history in Columbus, with construction of the current building beginning in 1860. The projected cost of the building was $30,000. The church had a membership of 334.

According to church history, the Civil War interrupted the completion of the new building. During this period, portions of the tin roof were removed to make canteens for the Confederate soldiers and the building was used as a hospital for the sick and wounded. Portions of the building were also used as a place to manufacture ammunition.

Due to the impact of the Civil War and Reconstruction, the church faced enormous problems in the 1860s and 1870s. The minutes from the Board of Trustees indicate great concern over financial matters and a lack of Sunday School teachers because so many had entered into military service. Fundraising programs were initiated and the building loan was repaid in 1877.

In 1878, the church purchased a pipe organ, which is a focal point in the Sanctuary today. It no longer serves the musical needs of the congregation but it adds beauty and a historical element to the sanctuary.

The architecture of the historic church is unusual, featuring the main sanctuary on the second floor of the building. To get to the sanctuary, members must climb twin staircases arising from the foyer. The floor of the foyer features the original ceramic tile.

In keeping with pre-Civil War traditions, slave galleries extend along the sides and back of the sanctuary. The galleries were never used in this building due to the Emancipation Proclamation. 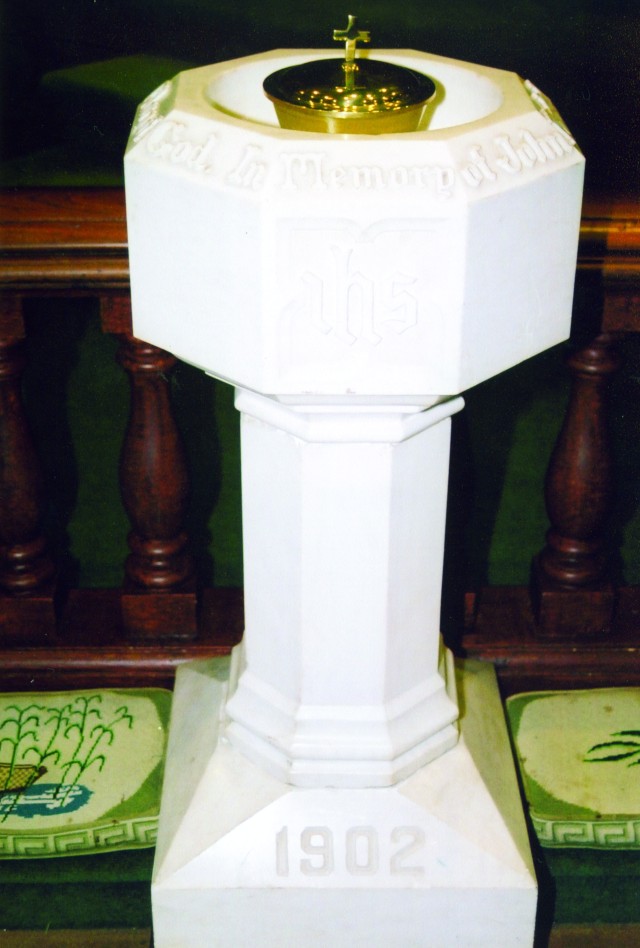 The baptismal font at the front of the church dates back to 1902.

The handbell choir lends a beautiful element to the worship services at First UMC Columbus.

Handmade kneeling cushions line the altar at the front of the church.