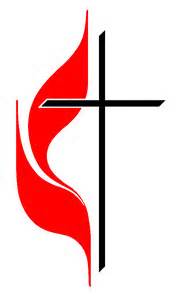 Wesley United Methodist Church has learned that a church is more than a building this year, but they are excited to have a brand new “home.”

But church members are very excited to move into their new church building in April, with a special consecration service set tentatively for 3 p.m. Palm Sunday, April 13.

“This date has not been finalized but we are hopeful that we will be able to finalize it very soon,” said Rev. J. L. Morris, pastor of Wesley United Methodist Church. “To God be the glory.”

Wesley United Methodist Church of Louisville is the largest African-American United Methodist Church in Winston County. The former church facility was constructed in 1950, but in February of last year, the building was found to be structurally unsafe for occupancy due to damage to the roof. They held their last worship service in that building on the first Sunday in March 2013.

Since that time, they have been worshiping in the old Strand building and currently in the chapel of Beck’s funeral home.

“Needless to say, being displaced has been very difficult for our church family,” Morris said. “As expected, attendance dropped considerably but the core members remained faithful and held the fort.”

The groundbreaking ceremony for the new worship facility was held October 14, 2013. Morris said funds were limited as they embarked upon the building project.

“But we praise God for the United Methodist pastors in the county and their loving congregations who supported us generously with their donations and prayers,” Morris said. “We recognize that the tremendous outpouring of donations provided us with further evidence that God is still in the prayer answering business.”

Morris said he was “extremely proud” of the Mississippi Conference of the United Methodist Church, the Starkville District Superintendent, Dr. Embra Jackson, and members of the County Ministries family who supported Wesley UMC during this project.

“I would simply say that the construction of the new church building is a testament to the miracles that God is able to accomplish,” said Embra Jackson, superintendent of the Starkville District of the Mississippi United Methodist Church. “The evidence of this is found in how this congregation relied on God, their pastor, the pastors and churches in Winston County, the Annual Conference of the United Methodist Church and each other to move from a church building that was demolished to one that is a state of the art facility. It was only through God that this was possible.”

Louisville Mayor Will Hill said although the structure had to be demolished, Wesley United Methodist Church did not lose sight of the true meaning of ministry and as a result have rebuilt to continue the work of ministry in the community.

“Louisville and Winston County is blessed to be a church-rich community by having nearly 100 churches county wide,” Hill said. “To see the congregation and leadership of Wesley UMC respond to the adverse news of the church structure is truly a testament of their unity and faith. It was a pleasure for me to participate in the celebration of a groundbreaking ceremony and I look forward to seeing the church congregate in the new structure called Wesley United Methodist Church on Jones Avenue.  May God Bless!”

See this story in the March 26, 2014 edition of The Winston County Journal at http://winstoncountyjournal.com/?p=7563